“Do you ever yearn for a particular kind of story and simply can’t come by it? Perchance you read one once, and keep looking for another like it, but it just isn’t to be found. And so, every now and again, it may be that you reread the only one you have and keep wishing for… more.”
Dennis L. McKiernan 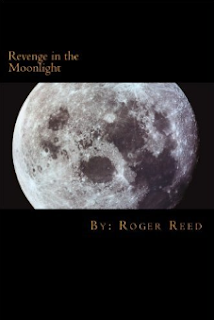 This, in combination with Roger’s wife getting annoyed with him pestering her and suggesting, “go write a story or something,” were the beginning motivators for Roger Reed to write his first book.  Thus, Superheroes of Granite City, Roger’s first book, was born! As it turns out, he enjoyed writing the first book so much that he decided to write another!
Roger has recently published his second book, available on Amazon.com, Revenge in the Moonlight. Revenge in the Moonlight is another compilation of short stories about superheroes- but don’t let that fool you.  Although there are a few of the same characters, the majority of them are vastly different from the first book!
Where does Roger get ideas for all of his different characters? Characters he grew up reading about and people he knows. Roger explained that he started reading comic books at the age of 6, so he has years of inspiration to draw upon. When asked if any BIT employees were incorporated into some of his characters he replied, “Actually, there are a few references to people in BIT.”
To someone considering buying this novel, what makes it different? Well for starters, there are not a ton of comics in novel form. Typically, you have to follow the series over a span of months to arrive at the conclusion; whereas with Revenge in the Moonlight, all the information is right there. In addition, contrary to many superhero stories today that involve gritty, morose undertones- Roger paints his heroes as the wholesome victors- the ones we can’t help but root for.
Curious to learn a little more about Roger’s book? Check out the Facebook page with excerpts from Revenge in the Moonlight! 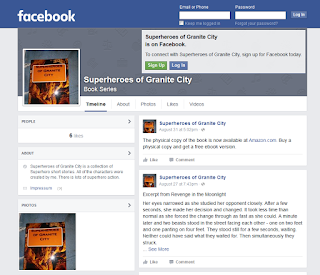