Ryan Ogan has joined the BIT Project Management Office! As a project manager, Ryan will be responsible for overseeing and directing projects to ensure they are carried out and completed effectively using advanced project management methods.

Born and raised in Pierre, he and his wife, Nicole, moved back after graduating from Black Hills State University—eleven years later they are still here, now with the addition of two sons. Ryan has worked in I/T for over 15 years in many capacities from desktop support, server/systems administration, networking/network security to project management.  He recently left the SD Board of Regents to join the BIT team after working there for over 10 years. Because of its ever changing tendencies, there is rarely a dull moment in the field of I/T which is why Ryan enjoys it so much.

In his spare time he enjoys spending time with family, riding motorcycles and trying to keep tabs on professional football.  He has been a diehard Washington Redskins fan for many years.

All of BIT looks forward to working beside you and getting to know you better. Welcome to the team, Ryan!

Re-cloning a Device – Computers are re-imaged when they cannot be cleaned by anti-virus software.  The computer is completely erased and the standard state software is reinstalled onto its hard drive.

In 2010, Kari Stulken was among fifteen other executive staff selected to participate in the State of South Dakota’s Leadership Development Program Cohort #6.  Throughout each leadership program cohort, participants complete five graduate level courses to earn the South Dakota Government Leadership certificate through the University of South Dakota.  After earning her leadership certificate in 2011, Kari chose to continue on the path for a master’s degree.  This goal required an additional seven graduate level courses, lots of studying in the evenings, and several term papers.  The courses she took on her own were offered online through USD’s graduate school.  Others from BIT that have completed the program in the past include Tony Rae and Deanne Booth. 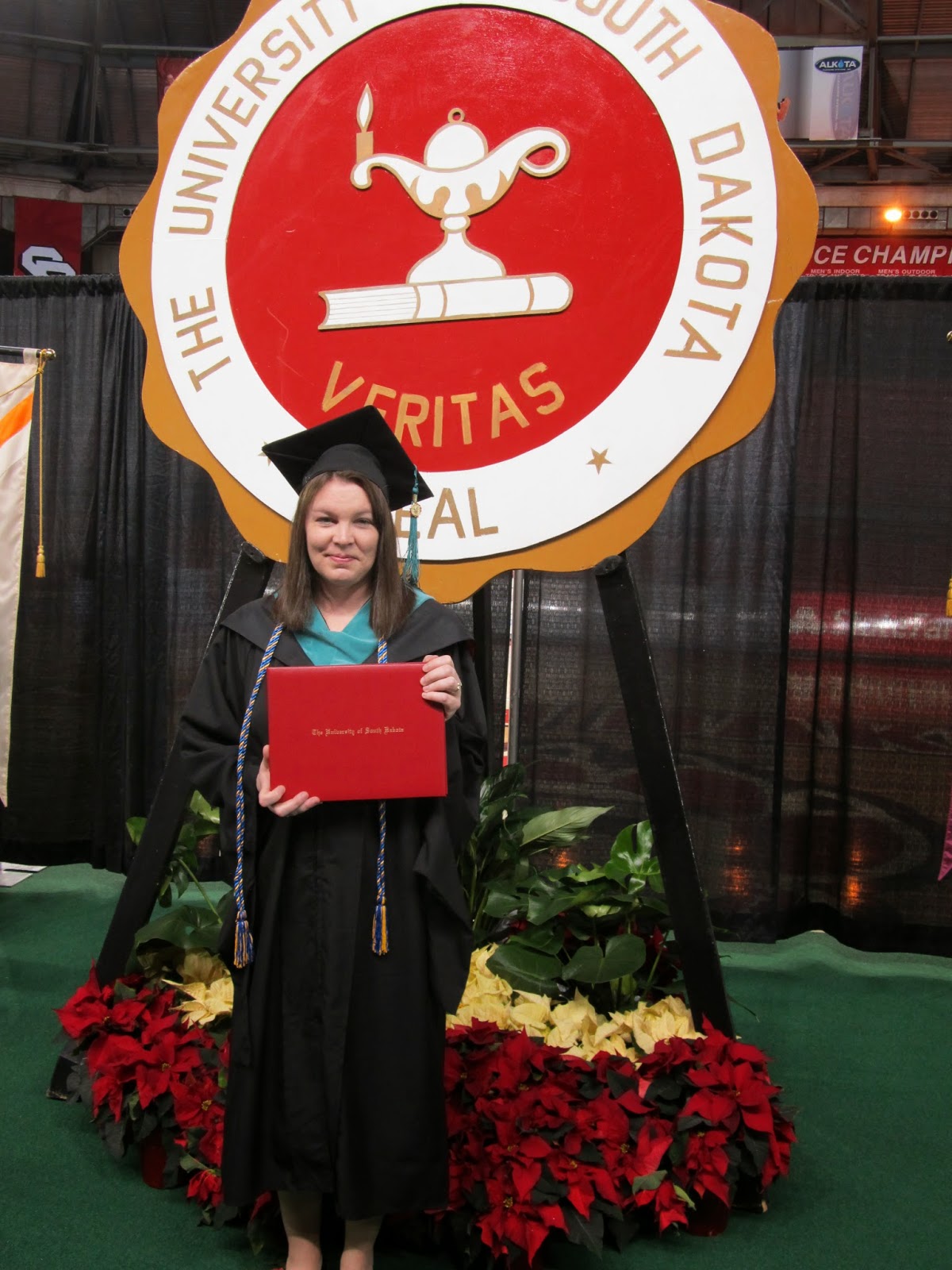 Kari obtained the Executive Master in Public Administration degree this month during the University of South Dakota’s winter commencement exercises.  Kari greatly appreciates all the support and encouragement her coworkers, family, and friends provided her during her journey to accomplish her goal.

Kari is the manager of the Project Management Office in Pierre. Her main duties include supervising the diverse staff assigned to the PMO team as well as managing select technology projects. 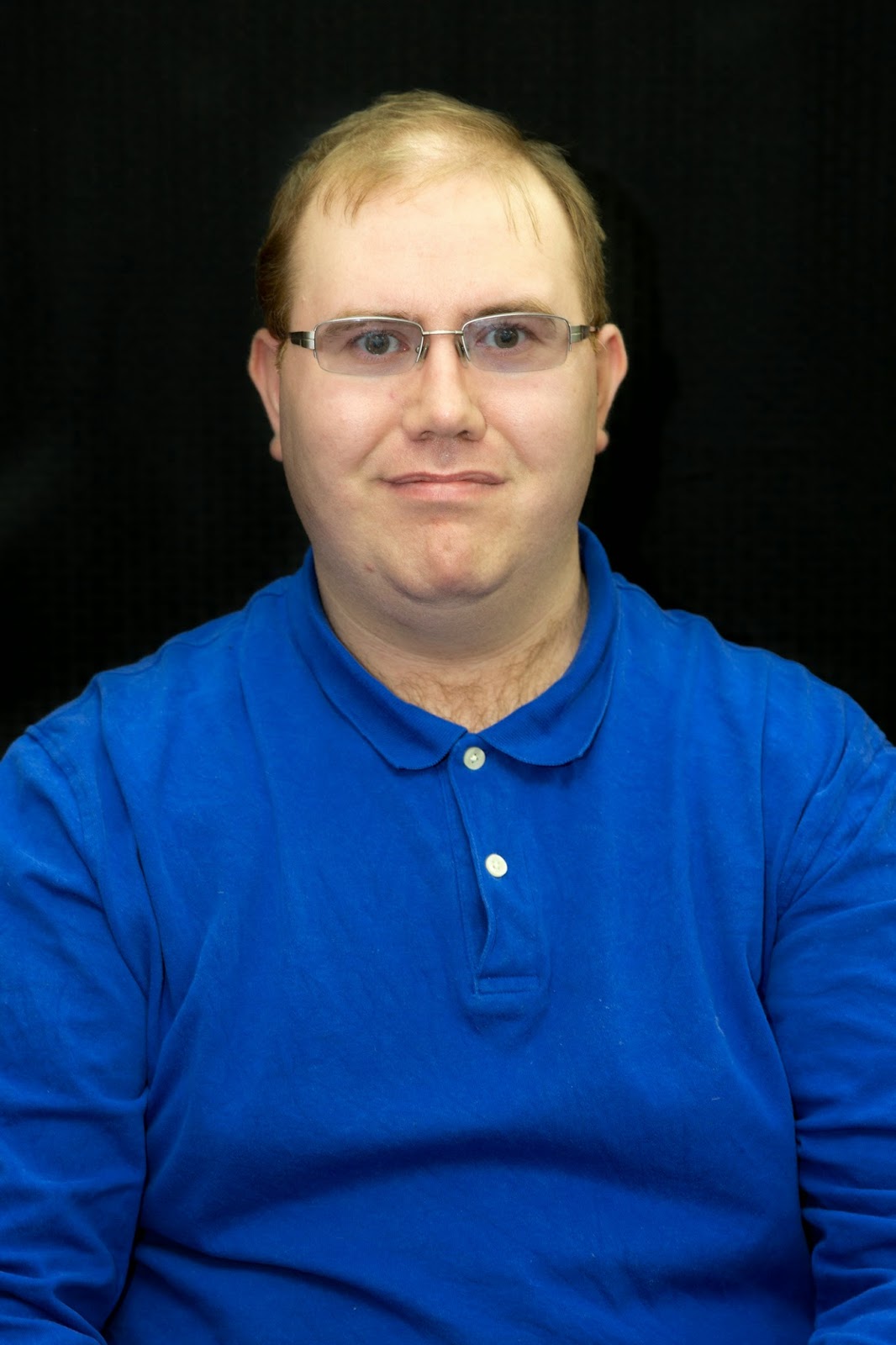 Wayne Wayt is a new member of the Telecommunications Network Technologies division as a Technology Engineer II. Wayne will be working on a variety of network tasks, starting in the K12 and wireless infrastructure.

He has his Master’s degree in Computer Information Security as well as CCNA and CCNA Security certifications and has been working in the I/T field for the past five years. Helping other individuals is the main reason he got into the Networking field in the first place. Wayne enjoys finding solutions to technical problems and projects that expand his knowledge for troubleshooting and solving network issues. Outside of work he likes to spend time with friends playing video games and watching movies. Wayne’s overall philosophy is that life should be fun and enjoyed!

Welcome to the BIT team, Wayne!

Dawson Lewis, a member of Development Team 6 and the point of contact to DOT, likes to make money the old fashioned way on weekends. The REALLY old fashioned way. As in hand striking coins the way it was done 1000 years ago in Saxon England.

Dawson is a member of the local chapter of Society for Creative Anachronisms (SCA). The SCA is a living history group with 30,000 members around the world. The focus of the SCA is to allow members to recreate aspects of life in the Middle Ages. Whether armored combat; spinning yarn (and yarns!); dyeing cloth, recreating  historic clothes; calligraphy; casting pewter; bread, cheese or wine making; blacksmithing or (in Dawson’s case) making coin dies and striking coins: if it was done in the Middle ages there is probably someone doing it in the SCA.

Dawson got involved in the SCA a little over seven years ago because of his interest in collecting coins and wanting to show his son’s history classes how coins were made. “A friend said, ‘you need to come meet this guy over in Minnesota who is making his own coins,’” Dawson relates. “Soon I found myself at an event with two or three hundred other people dressed in a variety of styles covering hundreds if not 1000’s of years.  There were warriors in Japanese samurai armor, knights in mail and plate armor, and men dressed as Roman senators or traveling Troubadours. Women were dressed as Viking ladies; members of Queen Elizabeth’s court (the 1st Elizabeth!), ladies who would have been at home in Renaissance Florence or Venice, and women dressed in armor fighting with the men!  It was really cool and I was hooked right away.”

“My particular craft, die making, involves first making the tools to make the coin dies. Small punches that are just the parts of letters. So for example, a straight line and a large crescent combine to make a letter D.  The dies themselves are made from round steel bars about 1” in diameter and 4” long.”

“Of course there are two dies for each coin, a ‘heads’ and a ‘tails’ die. One is held in a 40 pound block of metal. A coin blank – aluminum, copper, pewter or even Sterling silver – is put on the bottom die, the top die held in place by hand and then hit with a 4lb hammer to stamp the die image onto the coin.”

When asked what type of person would fit in with the SCA, Dawson responded, “I would say the SCA is for anyone who is interested in history before 1600 (The SCA endpoint) AND who wants to try doing history. The SCA is really about being hands-on. Whether learning to fight like one of the three Musketeers with blunted swords or using rattan poles to fight like Crusader knights or learning a hand craft like making beer or your own paper or creating iron starting with raw ore and a pile of charcoal.”

If anyone is interested in knowing more they can contact Dawson or go on line at PierreSCA.org.

It’s easy to see and open Wi-Fi hotspots and connect to them, but BIT urges you to use common sense when you connect. If you’re online through an unsecured or unprotected network, be cautious about the sites you visit and information you release.

STOP. THINK. CONNECT., the global cybersecurity awareness campaign, gives us the below tips to assist us all to connect with care by exercising caution and using common sense when connecting –helping all digital citizens stay safer and more secure online.

In the past 3 months there have been many updates to the standard hardware list for State government!  We have added a 4th model of desktop computer (the HP 800 G1 MiniDesktop), replaced the 840 G1 portable with the 9480 G1, and transitioned to th…

Outlook has a cool feature that can save you some time. The Screenshot feature lets you quickly create a screen grab and insert it into the body of your email.

It seems that everyone knows about using Alt-Print Screen to capture the screen. And many folks use the popular Snipping Tool to grab part of the screen. However, we would like to share with you a feature that not many folks know about—the “Screenshot” tool that can be accessed from within Outlook!
Instead of having to search for the Snipping Tool or first taking the screenshot, saving it to disk, then insert it as an attachment in your email, you can just use Outlook’s Insert menu:
Your selection should then be inserted into your email. There you have it!
The holiday season is upon us! Along with the holidays comes shopping for gifts. This year BIT would like to share with you some tips and warnings to get you through the season safely…in terms of cyber security of course!
Online shopping is by far the most convenient way of shopping.  While sitting in front of the fire place wearing pajamas and holiday socks may seem as safe as it gets, it’s important to keep in mind that there are still threats that can affect you while holiday shopping from the comfort of your home.
Whether you will be conducting transactions from your desktop, laptop or mobile device, keep these tips in mind to help protect yourself from identity theft and other malicious activity this holiday season and throughout the year:

It’s important to keep a clean machine. Keeping your Internet-connected devices free from malware and infections makes the Internet safer for you and more secure for everyone. A “machine” refers to all devices that connect to the Internet—computers, gaming systems, smartphones and tablets.

STOP. THINK. CONNECT., the global cybersecurity awareness campaign, gives us the below tips to keep our machines clean while helping all digital citizens stay safer and more secure online.

Botnet – multiple computers which are infected by malware and have come under the control of an attacker.
The malware used by botnets can infect your computer, turning it into a “bot” or “zombie,” meaning your computer can become part of the botnet and help criminals do their dirty work. Botnets are used to distribute spam or phishing emails and to conduct attacks against non-infected computers.