Katie Schaefers has recently joined BIT as a Computer Support Associate and will be working from Redfield, South Dakota! Katie grew up in Miller, South Dakota and later attended college at South Dakota State University (SDSU) and Southeast Technical In…

Seducing the hyperlinked ‘Millennials’ is the challenge facing luxury brands currently in a decelerated market, but this skeptical […]

Overall message:
Lately, more emails are being flagged and/or blocked due to the excessive amount of links included on employee signature blocks. As a result, agencies should consider reevaluating how many links are included in their employee signature blocks.
Although this may not seem like an issue to the agency user, it is most likely because they are unaware that this is happening. In most cases, emails are being blocked as they enter other corporation’s gateways or as they enter ours, and the intended recipient isn’t even aware it is happening.

Technical details:
Most email gateways run on a “point system.” When you incorporate links for Facebook, Twitter, Pinterest, YouTube, etc. into your signature block; points are assigned to these items for security purposes. The more links you incorporate, the more likely it is that your email will be flagged and/or blocked as spam to outside email addresses.
Sometimes the emails will initially go through to those outside of our infrastructure. However, when the remote user tries to respond, in combination with the links they may have included in their signatures, our email gateway will block remote users email responses on their way back into our system.  As a result, the intended recipient never receives a response.
BIT recommends only including one link at the bottom of employee signature blocks. Feel free to use as many icons as you want:

But rather than using multiple link locations, make sure the link goes back to one location.
For example, BIT would use bit.sd.gov as the link for all of the above icons; which would then guide the user to our homepage where they could navigate freely to the intended destination of their choice. While we realize this is not the most practical or efficient way to go about this, we cannot control gateways outside of our infrastructure and what they choose to block. Limiting your email signature links is the most effective way to ensure that your message will not be blocked by other gateways. 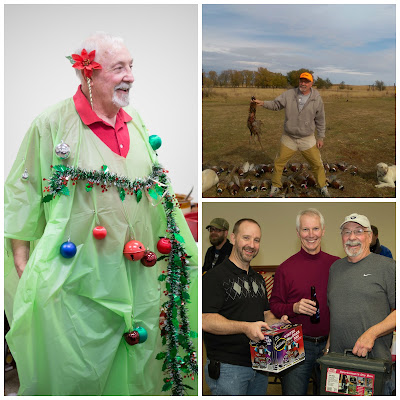 Christen Hahn has recently joined BIT as a Technology Engineer for the security team.

Christen is originally from the state of Minnesota, but grew up in and around Sioux Falls. She attended Dakota State University where she majored in cyber operations and went on to obtain a masters in applied computer science.

Prior to joining BIT, Christen worked at South Dakota Fusion Center as a cyber security intern and HealthPoint as a Pen Tester.

Christen is most excited to learn more about computer security and apply what she already knows to help improve the State’s cyber security.

In her free time, she enjoys playing soccer, hanging out with friends, and watching tv shows and movies.

Welcome to the team, Christen! We are excited to have you!

Scenario:You arrive at your hotel and check in at the front desk. Typically when checking in the hotel requires that you keep your credit card on file in case you would acquire any additional charges. After checking in you go to your room and settle …