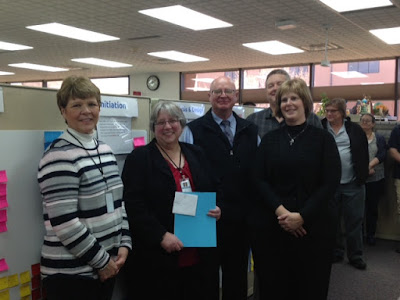 Martie started as a seasonal employee with DOT in May 1976 while attending college at South Dakota State University where she majored in Spanish and minored in Music and History. In June of 1979, she moved to Pierre to work as a programmer for the Department of Social Services System Development team.

During the I/T consolidation in 1996, Martie was moved to BIT’s Development Team 4. In her 40 years with the State, Martie has been under seven different managers and has had the pleasure of working on every floor in the Kneip Building.

To name a few, Martie has been a leader on the following projects: 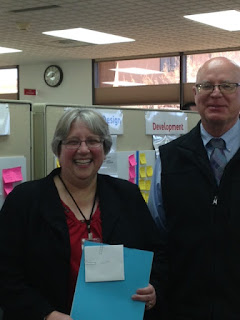 Martie is not only good at her job, but passionate about it, too! Her leadership, dedication, and her ability to always be there when you need her makes Martie such a valuable asset to BIT. Although 40 years in itself is quite the accomplishment, we are hoping she will stay with us until the 50 year mark and set a record J.

In her free time, Martie enjoys music, her dogs, and attending her grandchildren’s activities.

Thank you for your years of service, Martie! BIT is so fortunate to have you!