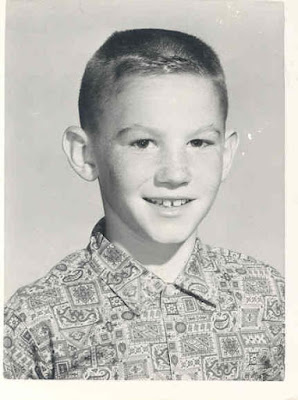 Rick Love first came to BIT in 2000 as a Systems Programmer working on the AS/400 platform for Wayne Lauck in the BIT Data Center and left BIT in the fall of 2003 to try his luck as a Vegas AS/400 programmer and part-time blackjack dealer. Apparently life in South Dakota was better than in Vegas or on the other side of the black-jack table because he elected to return to BIT in the summer of 2006 as an Associate Systems Programmer working for Wayne Hayden-Moreland.

While working in Operations, Rick was lucky enough to be involved in such activities as an emergency migration from an old microfiche printer to the newer model – which culminated with an ugly 1 ½ day slough through the world of troubleshooting electro-mechanical-chemical-printing. Enlivened by his success in the world of film-based printing, Rick was keen to expand his skills in the printing area. He next “volunteered” to be involved with the replacement of two 6262 impact printers with newer IP6500 impact printers in the Aberdeen Print Center. This project made it possible for BIT to continue to provide DLR their needed print support. Rick was also fortunate to have had the opportunity during this period in his career to work on a couple of interesting contracts including one for a new burster and another for a fire suppression vendor.

In 2012, Rick decided to see how things worked on the other side of the fence. He started working with Tony Rae on such processes as E-discovery under Mimosa, RAD, OWA, and Active Sync where he played a major part in setting up and documenting all of these systems and their processes. It was also during this timeframe that Rick had the less than pleasant task of contacting all our email users with the largest accounts to give them suggestions on how to reduce their mailbox size. Many of the users didn’t know that their mailbox was as large as it was and appreciated the self-help guidance Rick provided. But not everyone agreed that space management was really an end-user role. As a result of this less than wonderful task, and he used his work ethic to complete the job on time and ahead of schedule even with a lack of email administration experience. His work ethic was one of the hall marks of Rick’s career. 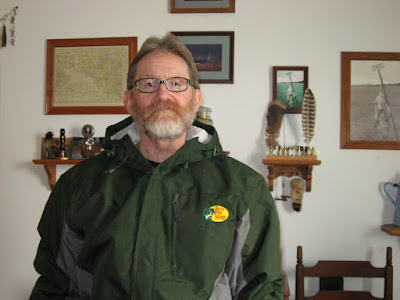 In 2013, Rick was reunited with AS/400 administration returning to the position that he had left ten years earlier reporting to Scott Kromarek. While in this role, Rick has used his extensive knowledge of the AS/400 operating system to complete multiple upgrades and migrations and train a handful of other employees in the area of AS/400 administration. Rick’s new duties under Scott also included the UNIX platform as an administrator on the three AIX systems that BIT currently supports. Not content to stick with just two platforms, Rick also took on duties in the Windows world as an administrator for both TSM (a backup product) and Control-M (the distributed scheduler system). He was involved in the implementation of Control-M as well as its daily use at BIT including multiple upgrades to both products.

Rick has always been someone who saw the clear value in sharing his skills and knowledge with others and even kicked it up a notch or three over the past couple of years as he trained his successors in preparation for his retirement.

In the past year, Rick played an instrumental part in the server role swap of the Lottery AS/400 system, proving the viability of the high-availability features of the system configuration. True to his “can-do” attitude even in his last few months with BIT, Rick took on new products. For example, he implemented IBM License Metric Tool (ILMT) to allow BIT to license IBM’s Windows products at a virtual level rather than a physical one. Also, because of his experience with InfoPrint, JetForms, and Revenue title printing, he was involved in the selection and installation of a product called, Print Manager which now bills for Adobe Experience Manager (AEM) forms. During his final month with BIT, Rick continued to provide valuable insight during the DOC COMS upgrade. And to cap it all off, Rick elected to complete his SANS online security training one more time even though the due date of the training was AFTER his planned retirement date.

Not a lot is known about the private life of James “Rick” Love, so a few tidbits of information was gleaned from his Facebook page. It turns out that Rick’s hometown is Iowa Falls, Iowa. He graduated from Washington High School in 1968 and from Southeast Tech in 1989. Rick has a brother named Bart and sister named Joy. More widely known is that Rick worked at Gateway for a while before coming to BIT. He enjoys fishing year-round, has frequently forayed into hunting (at least coyotes and turkeys), and is a generous supporter of the American Red Cross.

Whether Rick spends more time on the hobbies already listed or decides to try his hand at new ones, we wish him the best of luck and good health as he begins the stage of his life where he can list his occupation as “retired”.

Thank you, Rick, for having been such a valuable and positive team member for all of us at BIT. We wish you all the best. You will be missed.