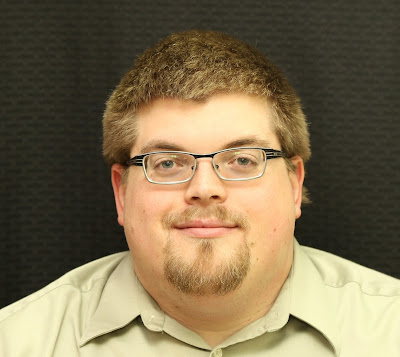 Nic Brosz has recently joined BIT as a Software Engineer. Nic was adopted at 9 months of age and lived in various parts of North Dakota, including Valley City until his family moved to McLaughlin, South Dakota when he was in middle school. Nic went on to attended school at Dakota State University where he majored in Computer Science.

Initially, Nic pursued a major in Digital Arts and Design with a Graphic Design focus, before realizing he wasn’t skilled in drawing. Upon realizing this, he switched to English for Information Systems and later added a degree in Computer Science. He went on to explain,

“I only discovered I wanted to program during the 2013 Global Game Jam, a worldwide competition to create a game on a secret theme in just 48 hours. I had an idea for a game prototype that I would later develop into my Google Play Store game, Heartbreak. At the time, I was project lead and an artist, but still did not know how to program. By hovering over the programmer’s shoulder and watching what he did, I realized that I could program, too. That programmer was Cody Putzier, who is now a Software Developer for Team 6, here at SD BIT. If he hadn’t been willing to join my project team, I may never have found a career that I loved.”

Prior to working for BIT, Nic worked at Eagle Creek Software Services, Schwans Foods, and Secure Online Banking Solutions. Nic is most looking forward to being able to work on a variety of projects across multiple web and mobile platforms, while getting to know like-minded developers and building lasting professional and personal connections.

In his free time, Nic enjoys developing games so much so that he released a game on the Google Play Store called Heartbreak. In addition, he had a mini-game compilation published on an actual game cartridge for the Atari 2600. Since moving to Pierre, Nic has also tried to pick up a hobby with fishing.

Welcome to BIT, Nic! We are lucky to have you!