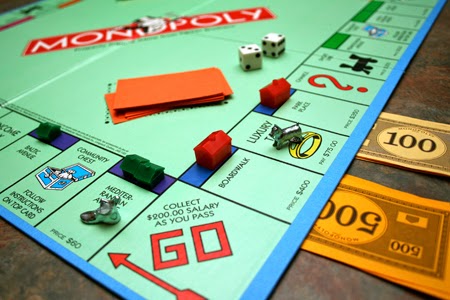 Pierre has a chance to pass Go and collect $200! We all know what board game that phrase originated from—Monopoly! Pierre is among the limited 60 cities up for possible inclusion as property spaces in the new MONOPOLY HERE & NOW special U.S. edition of the popular board game! The edition is being marketed this year to celebrate Monopoly’s 80th anniversary.
The goal was to have at least one city from each state be considered for the U.S. edition.  There are so many good U.S. cities that deserve consideration but only 22 property sites up for grabs. You can vote for Pierre at www.VoteMonopoly.com now through Wednesday, March 4. To add to the excitement, two spots are being reserved for the “Wild Card” entries!  From March 4 through March 9 you can also vote for cities not listed in the top 60 cities.
Vote early and vote often, folks! Let’s see if we can get Pierre “on the map”! Final results will be announced March 19.
* As of Thursday, Pierre was ranked only 57th out of the 60 cities while others like Bismarck, North Dakota was in the top 15. Minneapolis is currently the top vote getter.